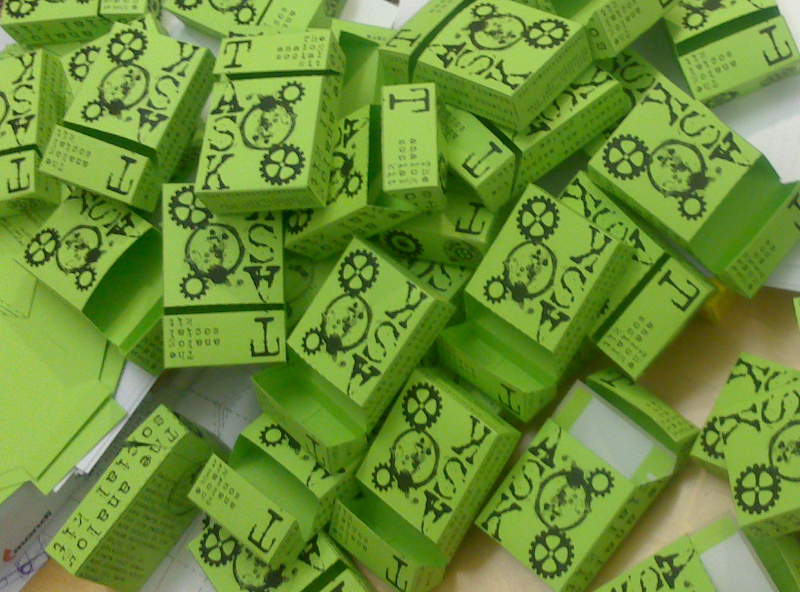 T.A.S.K. - The Analog Social Kit is an attempt at emulating relational dynamics of online social networks (such as Facebook, Twitter ...) within the framework of the art exhibition.

In the exhibition "Metaphor", the audience was invited at participating to a collaborative intervention. Each visitor received one of the "social kits", containing a set of tools that she or he could use to leave a comment on the exhibited works, or write a message for the future spectators.

During the length of the exhibition, and especially at the opening night, the artist produced and distributed the kits, collecting the "submission forms" from the participants. 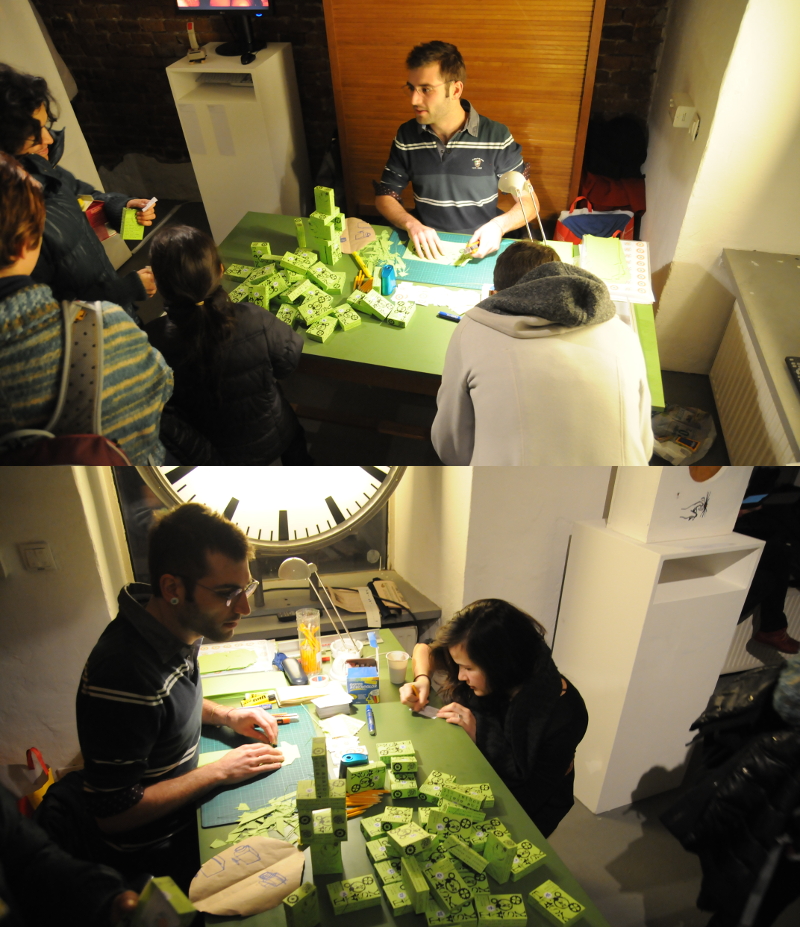