The human brain is an organ that collects facts, sensations and information, and stores them in his archive, the memory, following rules that are mainly unknown. Through other obscure strategies those materials are then recalled and processed, overlapped and connected together, until they transmute to a different essence and form different entities that we define and refer to as memory, identity, personal experience, knowledge, and intelligence.


The Memory wheel is a prototype for a device that deals with memories and concepts with autonomous and self-referential behaviour. 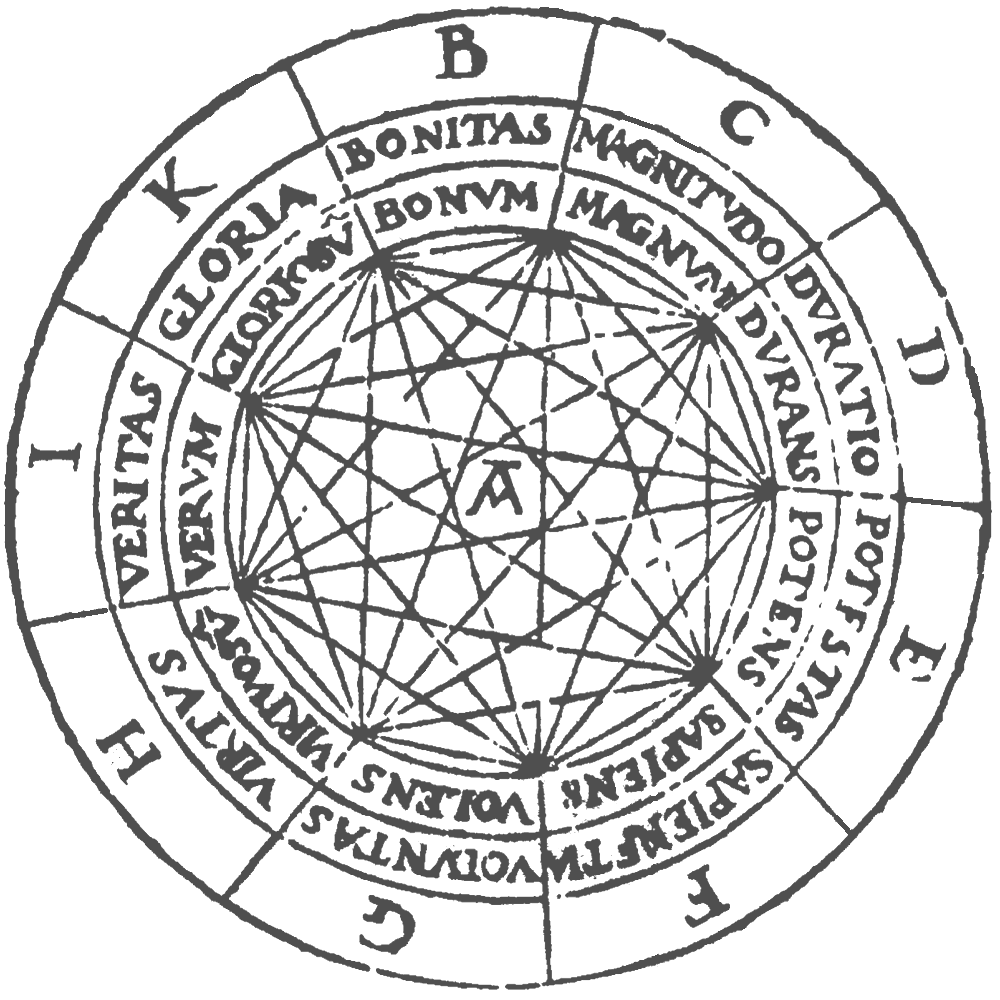 The object proposes the development of elementary particles into a more complex system which is in constant evolution, according to the material present in the object itself and external stimulations from the environment.


The surface consists of three concentric circles that can spin independently around a common central axis, where a USB plug is located, and from where the reference point for the system itself is declared. The visual aspect of the object refers to the memory disks from the Catalan Raymond Lull. He developed a strategy for memorization and analysis based on combinations, that he used to remember information, addressing content to a specific cell of the system, and at the same time to recall and rework on it, since the stored elements could be selected, compared and elaborated together. The aim of his diagram was the creation of a mechanized process of comparison between concepts which would help him to rationally find the truth, indeed God. This system based on diagrams is considered to be one of the first combinatorial system that could elaborate information, a primitive ancestor of the electronic computation, and therefore Lull is regarded as one of the earliest contributors to computer science.

On his spinning surfaces the Memory Wheel presents lists of words, each one related with a specific value to the one of the other circles, as it happens in semantic networks, graphical structures used to represent knowledge in patterns of interconnected nodes. The words are distributed onto the circles in categories: the one more central uses terms related to the device itself, the second one to the process of analysis, and the external disk shows elements related to the conceptual background of the work itself. 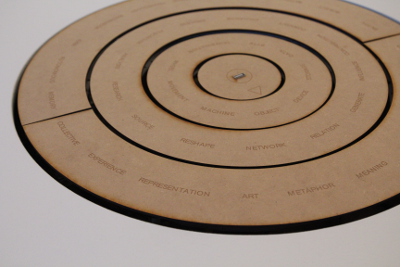 Referring to Lull's analysis system, the device compares the words located at the reference point, and, through an algorithm, calculates the balance between the three. The result of the calculation is a declaration about the object itself, and modifies the values of the relations of the original elements and therefore the network itself. The process selects the weakest element of the three, and looks for a better substitute, who would feed the calculation more appropriately.

The object is analysing concept related to itself, and trying to modify its own conceptual essence, redefining continuously its own definition, and looking for its own sense of being.

On the physical side, the disks are bringing to the reference point the words forming the combination that is going to be analysed. Once the calculation is done, the movement changes the elements into the new sequence.

Nevertheless the object is not a closed system which is referenced only to its internal elements. As an individual is influenced from its surroundings, also the Memory Wheel gets a stimulation from the outside. The visitor can interact with the system, first of all activating it, and then modifying the terms of comparison of the artificial intelligence. The activation is triggered by the action of connecting the personal USB stick of the visitor in the plug in the centre. Metaphorically it represents the connection between the memory of the user and the memory of the system, which becomes collective, not a single element any more. On the other side the position of the disks can be changed during the calculation process, that means proposing different combinations of concepts than the calculated ones, providing the system other variables.

Finally, one of the main occupations of humanity is the attempt to understand how the mind works and how did it happen to become such an organ from bits of inanimate matter. The Memory Wheel is an artefact that questions what actually memory, knowledge and identity mean, what could be considered as a process of thought and, especially in the age of the machine, how all this very human activities can refer to the processes of automation and computation, still remaining human, or going beyond this ontological definition of reason. 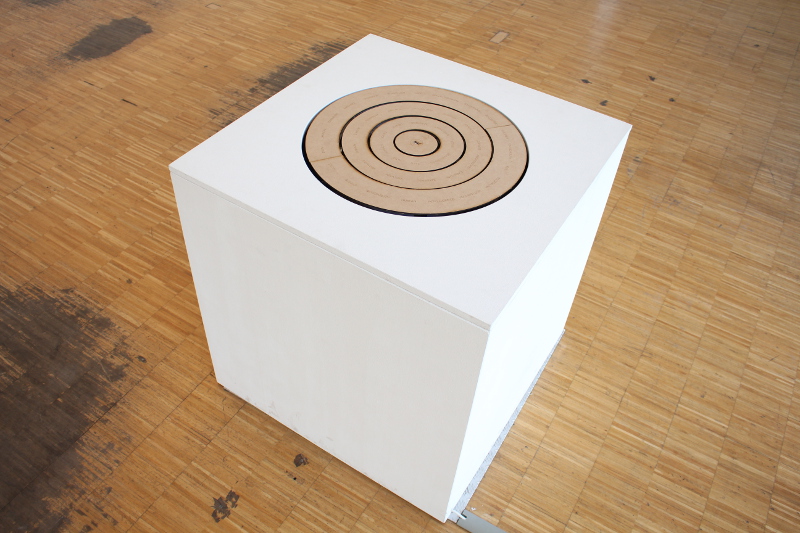